What happens when you take a video game, turn it into a board game, then reintroduce video? You get the Halo: Interactive Strategy Game; a DVD board game which allows you to take on the role of Master Chief as he navigates endless menus. Does this box of grey plastic have a chance at recreating the pulse-pounding experience of one of the world's most popular shooters? Plus: In this week's Battle of Wits, the panel tests their knowledge of video game world records...so hop on your Warthog and download now! 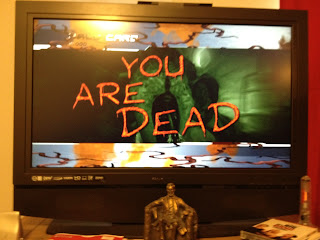 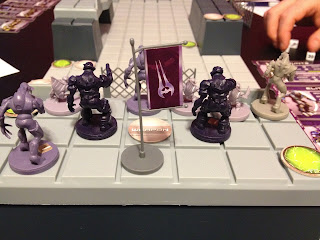 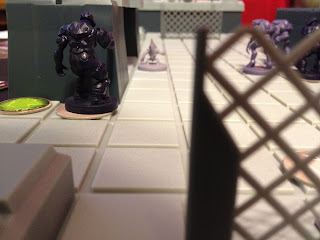 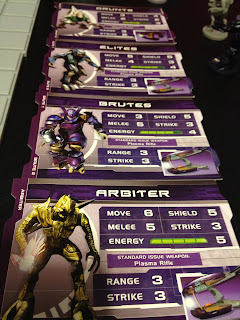 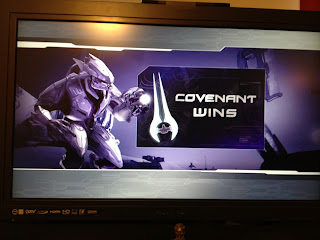 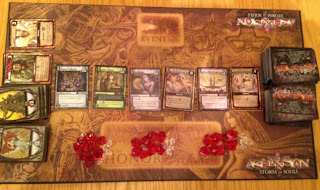 
I love deck building games. A lot. When people discuss The Jones Theory, and talk about the guy who keeps a million different kinds of games of one type because they can't get enough of that genre, I'm that guy. I'm a huge fan of Dominion, Thunderstone, Quarriors, and the subject of today's discussion, Ascension.

It is because of this love for DBGs that my wife and I own all the expansions for Ascension. And, yes, we do like to play with all the cards. Some would argue that all 3 sets were never meant to be played together. And they wouldn't necessarily be wrong...but, we're crazy enough to try. The trouble is, how can you combine all the cards together, and still ensure you see a good cross-section of all the cards available? Further, with Event cards being sparse, how can you improve the odds of seeing them in the first place?

Well, one solution is to simply add more Honor. Increase the game clock, boom, longer game. A good idea in theory; but in practice, we found that a runaway leader problem tended to occur in these games. It's one thing if you build a killer engine and win; it's entirely another if you add another 30 minutes of you winning to the game. It's the same thing that tends to happen at the end of a game of Monopoly...one player twists the knife for an especially long time while the others are merely lame ducks. (A mixed metaphor, but I think you get the drift).

So, if you'd like to try playing a longer game of Ascension where you get to see more cards, while still keeping the game competitive throughout, I humbly submit this variant of Ascension for your consideration...

Note: These rules assume you are already familiar with the game...if you've never played Ascension before, go try it right now! If you have an iOS device, I suggest you click here and give it a shot.


SETUP: Set the game up as normal, using all the portal cards available. Because this is going to create a huge, nearly unshufflable pile, I recommend breaking it into 2-3 piles and shuffling those as best you can. Try to draw evenly from the piles to keep things as random as possible. 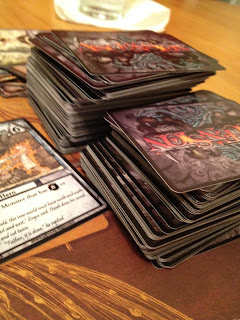 Instead of setting out the normal amount of Honor, Set up 3 piles of 45 Honor each. This will be important, as this game is played over up to 3 rounds...

GAMEPLAY: Play Ascension as you normally would. However; when the first pile of 45 Honor runs out, Stop the game at the end of the current player's turn. Any excess Honor earned by that player is not gained from the other 2 pools of Honor, but instead from whatever's left over in the game box.

SCORING ROUND: Whenever a pile of Honor runs out, each player counts their total honor, including all the Honor in their deck and all the stones they've collected. Whoever is currently winning the game earns 1 Victory Point.

THE NEXT ROUND:  After determining who has earned the VP for that round, each player then banishes all but 7 cards in their deck, and adds 5 Apprentices and 2 Militia back into their deck. The player who did not earn a Victory point then chooses if they would like to go first or second in the next round. Each player then shuffles their deck, draws a new hand of 5, and play begins again using the next pool of Honor. Both players keep all of the Honor they earned in the previous round. At the end of that round, repeat the steps under the "Scoring Round" section of the rules. If there is not a winner, banish your deck back down to 7 cards + 5 Apprentices + 2 Militia and play the third and final round to determine a winner.

WINNING THE GAME: The first player to earn 2 VPs is the winner. For an even more extreme experience, try playing to 3 VPs.

NOTES: In the unlikely event that a tie occurs during a Scoring Round, the VP which would have been earned is carried over to the next round, and earned by the player who won that round. Should you play all 3 rounds and tie in all 3 rounds, the ultimate winner will be determined by the amount of Honor in stones. If that's a tie, go by the Honor in your deck. If you're still tied, which probably won't happen, let's go ahead and say you both lose. =-) Why not?

So why play this way? Well, I enjoy this variant because it adds a few new layers of decisions to make throughout the game. The "Banishing" round in the game is interesting to me because I like the idea of trying to figure out what combination of cards is going to be the most optimal to keep.

Finally, it avoids the runaway leader issue of the "Add more stones" version of Ascension by creating a couple of breaks in the game where both players need to shut their engines off for a moment and regroup...and yet, it accomplishes this without completely hamstringing the leading player, or making it feel like you're just playing three separate games.

So, if you're an Ascension fanatic like me, and are in for a beefed up version of the game, give it a try! And feel free to catch me on Twitter and let me know your thoughts! 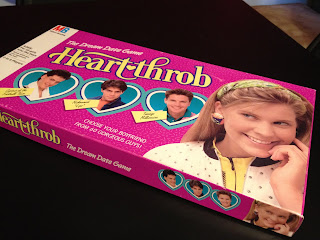 As party games go, this is one...we're playing Heartthrob from 1988; the slumber party classic where players attempt to get into each-other's heads to find out which eligible bachelor they would choose to dance with, go steady with, and ultimately attempt to raise socially well-adjusted children with. It's a teen throwback targeted at exactly the opposite demographic of the Flip the Table panel. This week, we answer Chuck Woolery's timeless question: would we go on a second date with Heartthrob? The answer may surprise you...Or not.

Flip the Table is proud to announce that we are now part of the Dice Tower Network! It's the premiere network for podcasts about board games and card games, and features lots of really awesome shows that you should also be listening to. For more top-notch gaming podcasts, check out dicetowernetwork.com! Huge thanks to Tom Vasel for supporting the show. 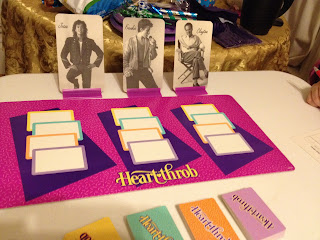 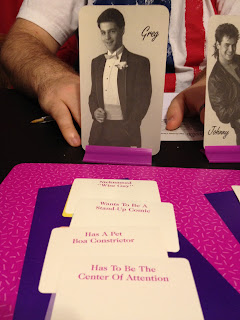 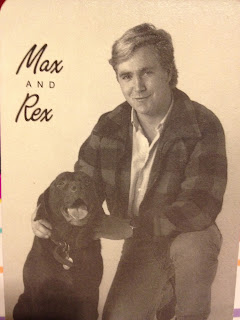 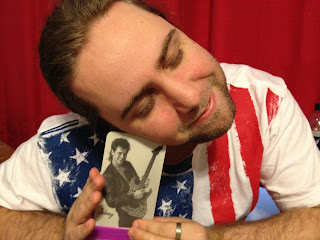