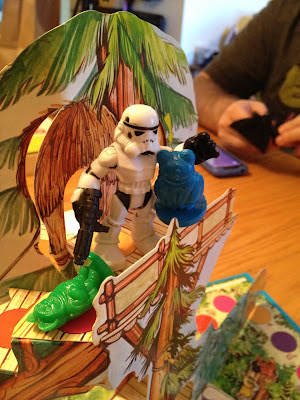 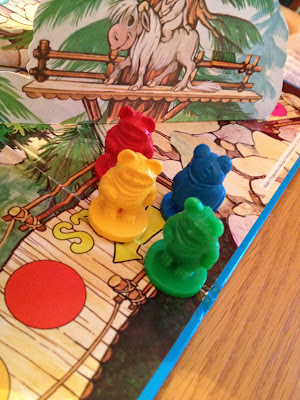 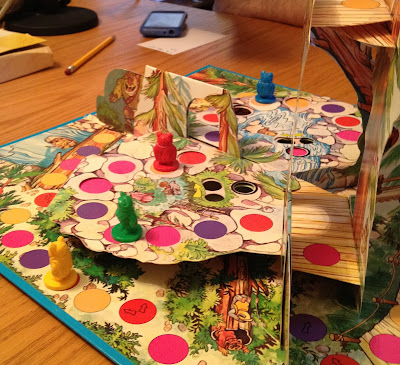 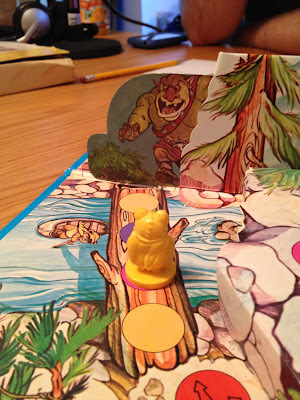 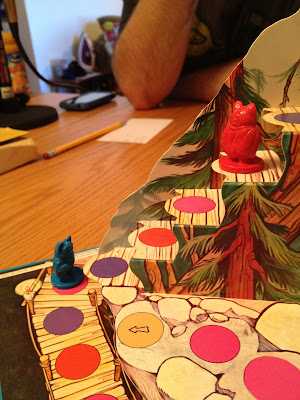 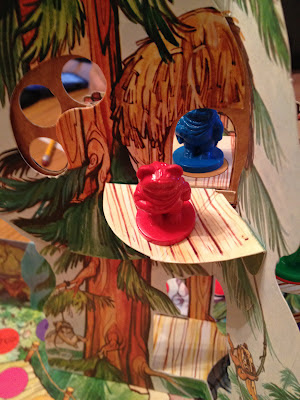 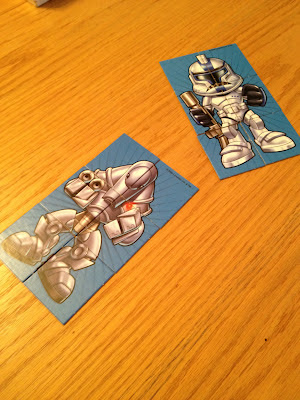 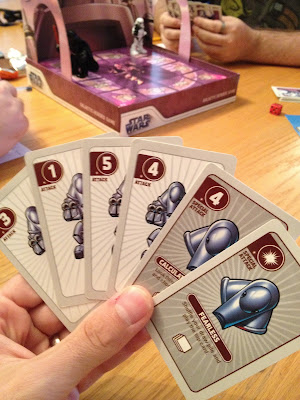 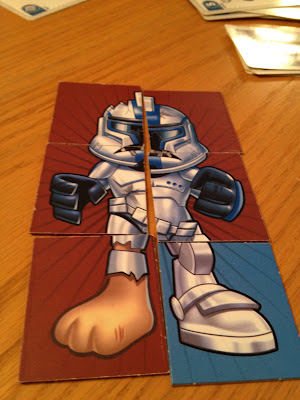 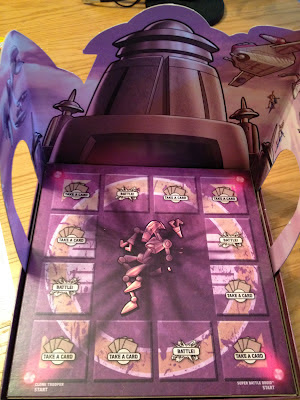 Last week, we had the pleasure of visiting Crossroad Games in Standish, Maine for their first ever Board Game Summit; a day-long event featuring free, open board gaming. Flip, Jared and myself showed up to represent Flip the Table; our first ever board game event where we represented the show in an official capacity. Needless to say, we were armed and ready to share some of our own "Special" brand of demo with our fellow gamers.

Socked away in the trunk of Flip's car was "Heartthrob," which you'll remember from back in Episode 5 is the slumber party game where you discover which dreamy stud your good friends would dance with, go on a date with, and eventually make the ultimate commitment to go steady with. Our resident party clown put on a masterful demo, building a dramatic narrative as players struggled to see into each-other's hearts.


Store owner Brenden Hill filmed the event with glee as he watched his staff and store regulars compete to win the game and own a copy of American Idol: The Collectible Card Game. The other players were temporarily relieved when Flip actually won the demo game...little did they know that the second and third place finishers also won a copy. If you'd like to see EXCLUSIVE video of the Heartthrob demo, click here to 'Like' Crossroad Games on Facebook and check out "A Perfect 10" on their "Videos" page!


On top of Flip's amazing Heartthrob demo, the day featured a silent auction to benefit The Jack Vasel Memorial Fund, tournaments for both Small World and Quarriors, and a huge open library of games made available by the store. I had a chance to play Jab: Real Time Boxing, as well as perennial Flip the Table favorite Battlestar Galactica, in which the Cylons won yet again. Also: Flip photobombed me while I was playing Globalization.

We'd like to thank the staff of Crossroad Games for hosting an amazing event! If you are ever near Standish Maine, do yourself a favor and stop by...they definitely put the "Friendly" in "Friendly Local Game Store." In the meantime, you can live vicariously through us and enjoy these photos. For more exclusive photos of this event and others like it at Crossroad Games, pay them a visit on Facebook! 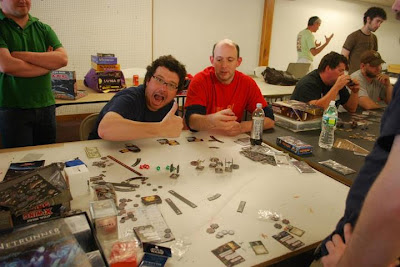 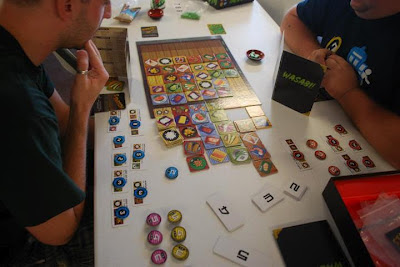 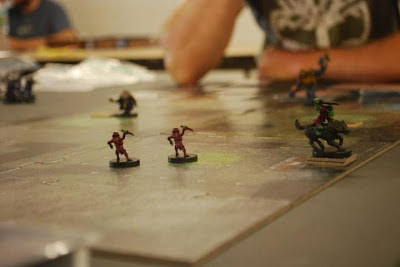 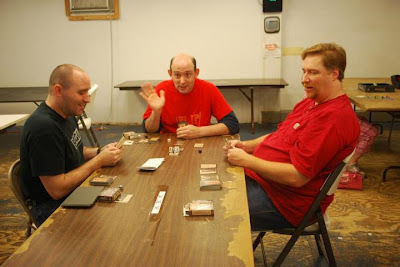 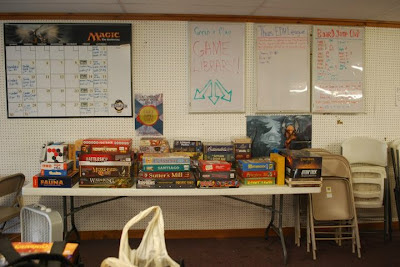 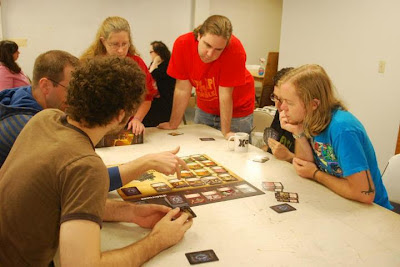 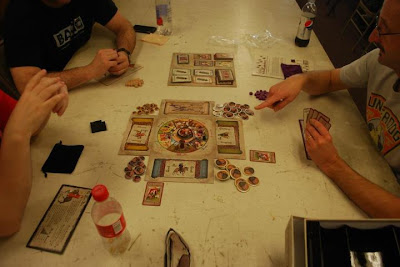 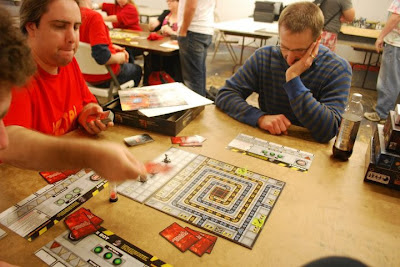 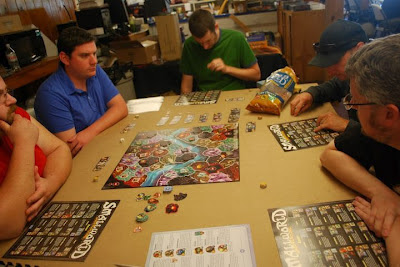 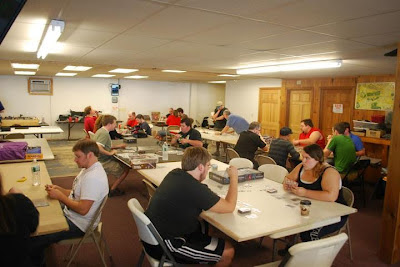 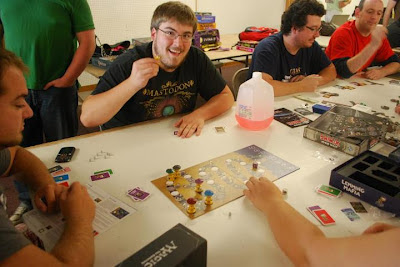 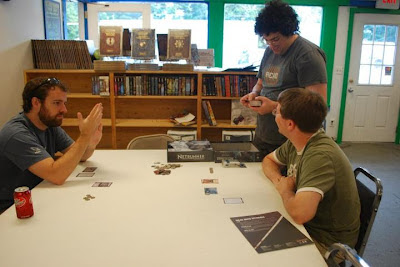 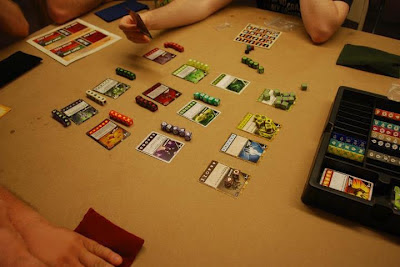 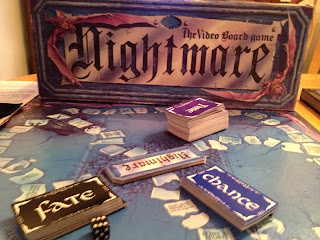 Hey! You! Do you like being frightened to death by a dead technology? Then prepare to be thrust into the "Atmosfear"-ic world of Nightmare, the 1991 VCR game! This roll-and-mover challenges you to take on the mysterious Gatekeeper as he shouts instructions at you in a strange accent. Will you beat the clock and stop the tape before the Gatekeeper dooms you forever, or will you be "BANIIIIISH TO THE BLECK HEWWWL"? Download now to hear Flip the Table's take on this cult classic, and find out if it holds up 20 years later. 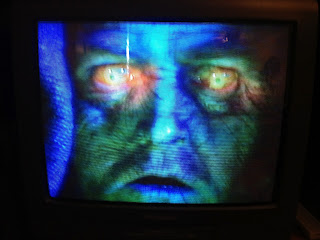